Joshua Blankinship is a visual artist and mental health advocate from Medina, TN. His original style uses palette knives and brushes to fuse vivid color and texture to visually express the magnified feelings and emotions that exist within his Bipolar Disorder. His art hangs in the homes of notable clients that include the State of Tennessee Governor’s Mansion, NBA Superstar Ja Morant, NBA All-Star Brandon Ingram, NFL All-Pro Jurrell Casey, etc. His work has also been purchased for use in various media by Netflix, Paramount +, Showtime, the cover art for the re-release of James Cherry’s novel “Edge of the Wind”, and others. His notable awards include a 7-month artist residency in Kinston, NC, selection by the state of TN to represent Gibson County’s art for the 2020-2021 holiday seasons, “Best of Show” and “Fan Favorite” awards for Leonid Afremov’s “Art for Peace” contest, and features in multiple solo and group exhibitions within the Southeastern United States.
Jan Burleson
McMinn County, TN 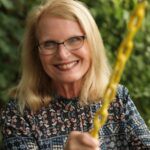 Jan Burleson holds a 2016 BFA in Painting and Drawing from The University of Tennessee at Chattanooga, a 1975 BSSW from East Tennessee State University, and a 1980 MSSW from the University of Tennessee at Knoxville. She has been a Licensed Clinical Social Worker for forty years. Jan was a 2018-2019 Ann and Steve Bailey Opportunity Grant recipient and a 2015 Chattanooga AVA FRESH Young and Emerging Artist. She received the 2013 Lillian B. Feinstein Scholarship at UTC, along with a 2013 Juried Student Exhibition Curator’s Award and a 2012 Award of Excellence. Her work has been shown regionally with the Knoxville’s Arts and Culture Alliance and Dogwood Arts exhibitions, in Chattanooga’s Association for Visual Arts exhibitions and ChaArtSpace, in East Tennessee State University Slocumb Gallery’s Positive-Negative national exhibitions, and at The Arts Center in Athens, where she teaches drawing.
Susan Ernst
Robertson County, TN

Susan Ernst is a visual artist, naturalist, and spiritual director who is passionate about nature, creativity, and the sacredness of everyday life. She is happiest and most content when she is outdoors surrounded by flowers, trees, birds, butterflies and insects. There, the fragrances of honeysuckle, nicotiana, pines, and moist, rain-drenched earth intoxicate her. Birds, frogs, crickets and cicadas sing to her. The feeling of the sun, wind or rain on her skin soothes, awakens and uplifts her. The act of sowing seeds in the soil renews her. These everyday miracles are what form her vision. Susan uses the mediums of painting, printmaking, drawing, papermaking, collage and bookmaking to translate the experiences of these fleeting moments into something tangible. It is Susan’s hope that the art she creates will encourage others to take a closer look at the wonders in our natural world.
Aleshia “Dream” Garrett
Cheatham County, TN 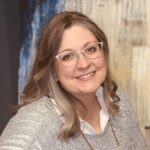 Aleshia “Dream” Garrett creates art to capture the essence of the world’s natural beauty, creating a bridge between what is seen and what is felt. Spanning both abstract and realism, her paintings depict landscapes, seascapes and any subject that resonates with her soul. Based in Ashland City, Tennessee, she signs all her paintings as Dream – the nickname her husband gave her when they began dating in high school. Together, they shepherd a small flock of sheep raised for wool that she incorporates into her art, spins into yarn and weaves into textile art. Aleshia delights in creating beautiful pieces of art and sharing that joy with others.
LuAnn C. Graber
Robertson County, TN 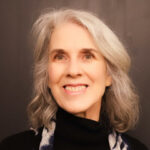 Born and raised in rural Ohio, in 2011 LuAnn Graber moved to Tennessee; she lives in Robertson County. Her artistic beginnings reach back to first grade; her self-portrait won a blue ribbon at the Wayne County Fair. The flame for artistic expression was ignited! LuAnn frequented art rooms, college art classes, and community art classes during her formative and early adult years. These experiences, along with her training in elementary education afforded opportunities to teach art at several private schools. However, serious artistic pursuits were sidelined while mothering and teaching. With these responsibilities behind her, LuAnn has once again taken up pencils and paints. Interestingly, her focus has been on portraiture. She states, “It has been said ‘the eyes are the windows to the soul’. By capturing the eyes, I capture the subject’s essence. The process of bringing a two-dimensional drawing to life is quite magical!”
Lisa Lane
Bedford County, TN

Lisa Lane is a multi-disciplinary artist currently focusing on her writing, who also creates through photography and painting. Although seemingly shy at first, Lisa loves to be a team player, as working alone brings distraction from her goals. Lisa has journals and essays from adolescence through her teens, saved as stacks of stories awaiting to be developed. She has a few focal points that mean a great deal to her growth as a writer and creator. Whether speaking through her everyday interactions with others, the page, her camera, or her canvas. She is forever taking note of the beauty around her, even to write a brief poem in hopes of making the memory of a moment last. “I see art in everything. There’s beauty in the most simplistic, monotonous, daily tasks. I push myself to not only replicate that beauty I notice but create my own unique body of work that the feeling invoked in me.”
Bill Long
Hamblen County, TN 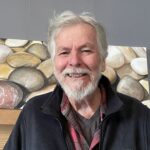 Bill Long was born in Morristown, TN and spent his elementary and high school years in Apopka, Florida. After graduation from high school he moved back to East Tennessee. Following two years of military service, he resumed his education and graduated with a BFA from the University of Tennessee at Knoxville. He spent forty years in the sign business as owner/operator of Sign Legends, while raising a family.After his boys were grown, Bill was able to devote more time to painting, and has been a full-time artist for the past ten years. He has had five solo exhibitions, and has shown in numerous local and regional exhibitions. His work is in many private and corporate collections throughout the Southeast. His gallery representation is Liz-Beth & Company Fine Art, Knoxville, TN. 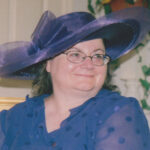 J. Denise Miller works mainly in acrylics, mixed-media, and pastels. Her teacher was the late Ann Ford of Tullahoma although she has also taken workshops with other artists. Her painting Little Red Barn was selected for the Emerging Artist program at the Panoply Arts Festival in Huntsville, AL, in 2013. She also had work accepted in the Art for the Park show at the Trails and Trilliums event in 2014 and 2016.The artist has had exhibits at the Artisan Depot gallery in Cowan, Linebaugh Library in Murfreesboro, the Celtic Cup Coffee House in Tullahoma, and the Tullahoma Fine Arts Center. Denise is active in the Franklin County Arts Guild, the Tullahoma Fine Arts Center, and the Murfreesboro Art League. She has taught workshops and has taught art classes through the Healing Arts Project (HAPI). The artist lives in Estill Springs, TN. 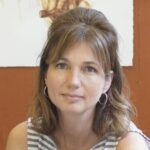 Michelle O’Patick-Ollis is a professional artist who resides in Unicoi, TN. Trained as a printmaker, she began her studies at East Tennessee State University (BFA 1995) and continued her fine art education at Arizona State University (MFA 1999). After college, she worked under Harvey Littleton (one of the founders of the studio glass movement) as a printer, learning Vitreography, the process of printing on a glass matrix. Michelle later worked as a muralist for Hands On Regional Museum. She went on to receive a MAT degree in K-8 Education/K-12 Art Education (2005) and taught Art for 17 years before leaving in 2022 to pursue a career as a full-time artist.

Michelle was the recipient of the 2021 Tennessee Arts Commission Individual Artist’s Fellowship in 2D Visual Art. Her artwork can be found in collections across the country including: The New Britain Museum of American Art; Scottsdale Contemporary Museum of Art; University of Washington Book Arts and Rare Book Collection; and the Tucson Museum of Art, among others. 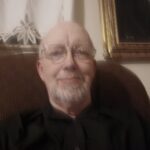 Michael Woods was born on February 7, 1964 and graduated from Central High School at Bruceton in 1982. He has spent time in the USMC and attended Bethel College (now University in McKenzie.) From college, he joined the workforce and has been working in factories since leaving college. Currently, he is working at Jones Plastic in Camden as a press operator. This is his second time working at Jones Plastic. The first time he was there for 12 years before changing jobs.

Mike started painting five and a half years ago, in a strange coincidence, he began painting on the anniversary of the death of Vincent van Gogh who happens to be his favorite artist. He takes his art very seriously and spends an enormous amount of time reading and studying about art in an effort to improve his work.

The Copyright Claims Board: What We Know So Far buy tickets view calendar