The Arts & Business Council of Greater Nashville (ABC) is pleased to welcome five new board members and one Young Leaders Council (YLC) intern to its board of directors beginning November 1. The new directors — Brittany Cole, Trish Crist, Omega George, Dan Weisman, and J. Robert (Bob) Valentine — will each serve for a three-year term. The YLC intern is Khrys Hatch, who will serve for a one-year term.

The Arts & Business Council fills an important and unique niche in Nashville’s cultural community as the first and only private sector organization of its kind dedicated to providing resources and support to help organizations and creatives of all disciplines at all career stages. The full list of the Arts & Business Council board of directors can be found on our website. 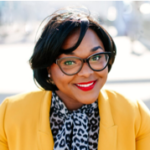 BRITTANY COLE
Founder, Career Thrivers
Every experience is an opportunity for continuous improvement! Brittany Cole lives by this motto as a TEDx speaker, coach, and consultant equipping leaders to cultivate an inclusive culture where diverse talent believe they belong. As a former sales and marketing leader in the healthcare industry, Brittany has experienced how intentional leadership development increases engagement, accelerates career achievements, and drives business results. Brittany founded Career Thrivers, a leadership development firm that partners with organizations to engage, develop, and retain diverse talent through targeted leadership development. Brittany studied Political Science and Communications at The University of Tennessee, Knoxville and earned a certification in Strategies for Building and Leading Diverse Organizations from The Harvard Kennedy School of Public Policy. Brittany also serves as a mentor with Pathway Women’s Business Center, Marketing Director for NSN Nashville and speaker coach for TEDxNashville. Beyond her career and service work, Brittany and her husband Joseph enjoy hiking, concerts and exploring their hometown of Nashville, TN. 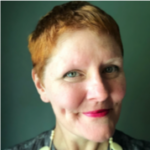 TRISH CRIST
Assistant to the CEO, Frist Art Museum
With 16 years experience in nonprofit leadership, Trish Crist is a passionate constituency builder and creator of dynamic partnerships. Trish is presently Assistant to the CEO at the Frist Art Museum. This July 2019 move to a support role in a larger organization followed six years as CEO/CFO of Nashville Education, Community, and Arts Television (NECAT). Hired at NECAT in 2013 following a change in federal law that prohibited the nonprofit television station from spending the city’s cable franchise funds on operating costs, Crist not only secured new sources of corporate and foundation funding, but also enhanced the organization’s service to the city and positioned NECAT as a true community resource. Prior to joining the staff at NECAT, Trish established herself as a nonprofit leader through the 2004 launch of Dolly Parton’s Imagination Library, where she served as Program Director. From 2009 to 2013, Crist was Director of Corporate and Foundation Relations for the TN Chapter of The Nature Conservancy. Engaged with most every arts organization in town, she is Owner and Artistic Director of (the presently dormant) Rhubarb Theater Company. 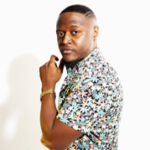 OMEGA GEORGE
Director of Marketing, Strategic Partnerships, & Label Relations; Entertainment One
Omega George has established himself as a consummate and capable professional within the music industry for nearly a decade. George attended Alabama State University (ASU) and obtained a dual communications Bachelor of Science in Recording Industry & Recording Technology; he also served as the ASU’s chapter representative for the Atlanta Chapter of the Recording Academy. George went on to become the Events Operator for the Gospel Music Association where he was an integral part of assisting and executing the success of the Dove Awards. He then became the Media & Booking Manager for Nettie’s Child Music & Management, LLC. In 2014, George also established Ruach Entertainment, a multi-service enterprise that provides consulting, advisement, talent development, management, and brand strategy. In 2017, George joined the Urban Inspirational division of Entertainment One Music Nashville as Marketing Manager. George is committed to always infusing great character, integrity, and creativity to produce maximum results. 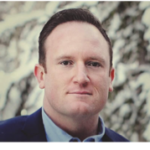 DAN WEISMAN
Vice President, Bernstein Private Wealth Management
Prior to joining Bernstein in 2019, Daniel Weisman spent over a decade as an entrepreneur and trusted advisor in the music industry, most recently as an executive artist manager at Roc Nation; he moved to Nashville in 2016 to run their Nashville office. In 2013, Dan co-founded the luxury shoe company Buscemi (acquired: Lion Capital, 2015), and he sold One Wipe Charlies for cash and equity to the Dollar Shave Club (acquired: Unilever, $1bn, 2016). Dan produced the short film Too Legit starring Zoe Kravitz, selected for the 2016 Sundance Film Festival and later acquired by MTV. He is an angel investor and volunteer at the Nashville Entrepreneur Center. Dan earned a BA in African-American studies and journalism from Emory University. He is a Grammy voting member, a SAG-AFTRA member, a Billboard 30 Under 30 honoree (2010), a 2011 Grammy Board Governor, and a Grammy nominee. Dan currently serves on the board The Equity Alliance, the Jewish Federation of Middle Tennessee and the American Cancer Society (North Central region). He is also one of Metro Nashville’s Beautification Commissioners. He and his wife are devoted yogis, tennis players, and skiers. 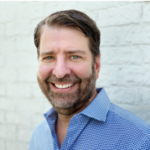 BOB VALENTINE
CFO, Concord
Mr. Valentine is the Chief Financial Officer of Concord, which is a music company with over 500 employees spread across offices in Nashville, Los Angeles, New York, Miami, London and Berlin. Concord operates within the music publishing, recorded music and theatrical licensing industries. Before joining Concord fifteen years ago, Mr. Valentine was Director of Business Development for Fox Television, where he was responsible for the analysis and execution of acquisitions, mergers, investments, joint ventures, and new business development of television, Internet and other video‐based businesses. He began his career in the media industry in New York, within Morgan Stanley’s media and entertainment corporate finance group. Mr. Valentine graduated from the University of Notre Dame, and later received his Master of Business Administration degree from UCLA’s Anderson School of Management. He and his wife, Elena Goss, moved to Nashville from Los Angeles three years ago. They have two children (Evan, 12 and Fia, 9) who attend USN here in Nashville. Their dog, an English cream golden retriever named Sadie, is currently homeschooled. 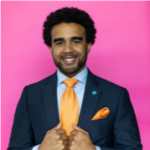 KHRYS HATCH (YLC INTERN)
Manager, Capital Formation; Launch Tennessee
Khrys Hatch is a Nashville native and Summa Cum Laude graduate of Fisk University. He currently serves as Launch Tennessee’s Capital Formation Manager where he works to expand and expedite the availability of capital to TN startups so that they can grow, be sustainable, create jobs, and build accessible economic prosperity. As part of those efforts, he manages LaunchTN’s investment fund, investor relations efforts, and several other capital-focused initiatives. Khrys also has a unique background in the arts as a recording artist, songwriter, producer, and actor. He is passionate about working to support creative enterprises and is excited to bring that passion to the Arts & Business Council.